Temperature Controlled Burner. Incinerators to be designed to meet the Norms of Pollution Control. Technology: Heavy-duty casing, to be a quality, rugged, reliable, economical Incinerator with relevant control, easy to operate and self-contained. Units to be pre-assembled, pre-piped, pre-wired & tested before Transport / Export.

Note: Similar Technology and / or Tenderers Proposals are welcome.

Within the framework of an environmental equipment & technology consultation and joint purchasing, this Procurement / Notary Bureau invites applicants for pre-qualification in the aim of primarily selecting capable companies to bid for the above tender.
The supply will comprise the special equipment for effective waste management as mentioned above for a new private environment contract management company with planned operations 2013 in Indonesia and Thailand, and 2015 in West & East Malaysia to carry out those professional services in order to comply with the governments safety disposal requirements for animal waste in the region and to meet the higher technical standard in this particular field in order to protect the public and contain contagious & infectious viruses and animal caused diseases. The spread of a new disease of pigs, also the ‘Nipah Virus Disease’, first evident in 1998 in S.E.Asia, which causes illness and death in both humans and pigs, is on the rise again; as well as the sudden death of sows and boars was recorded in pig farms in Malaysia and other areas in S.E. Asia. 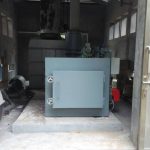 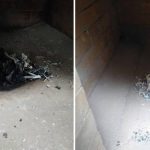